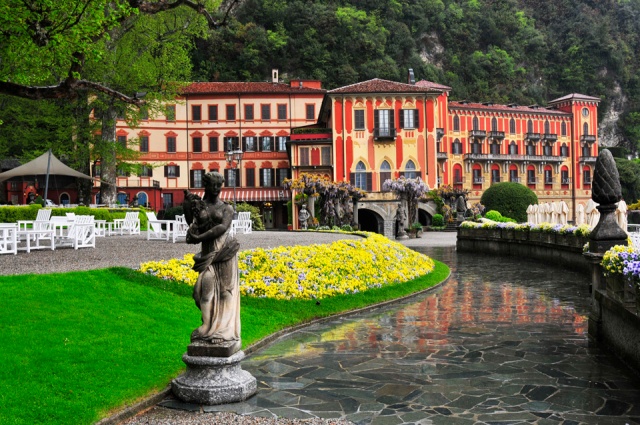 Driving north to Tremezzo along the road that skirts picturesque Lake Como, I felt the urge to pee and what better place to stop and do the deed than in this grand luxury hotel Villa d’Este with its beautiful Italian Renaissance garden. Commissioned by Cardinal d”Este – the son of the infamous Lucrecia Borgia – in the 14th century, this palatial setting is surrounded by a spectacular terraced garden with troughs, pools and fountains. But the biggest draw is Lake Como itself viewed from behind as you walk around the spacious grounds. I stayed for over two hours (after using the impressive marble-cladded bathroom!), shooting the place from various angles and waiting for the sudden downpour to stop.

(Shot with a Nikon D300s in Cernobbio, Italy)